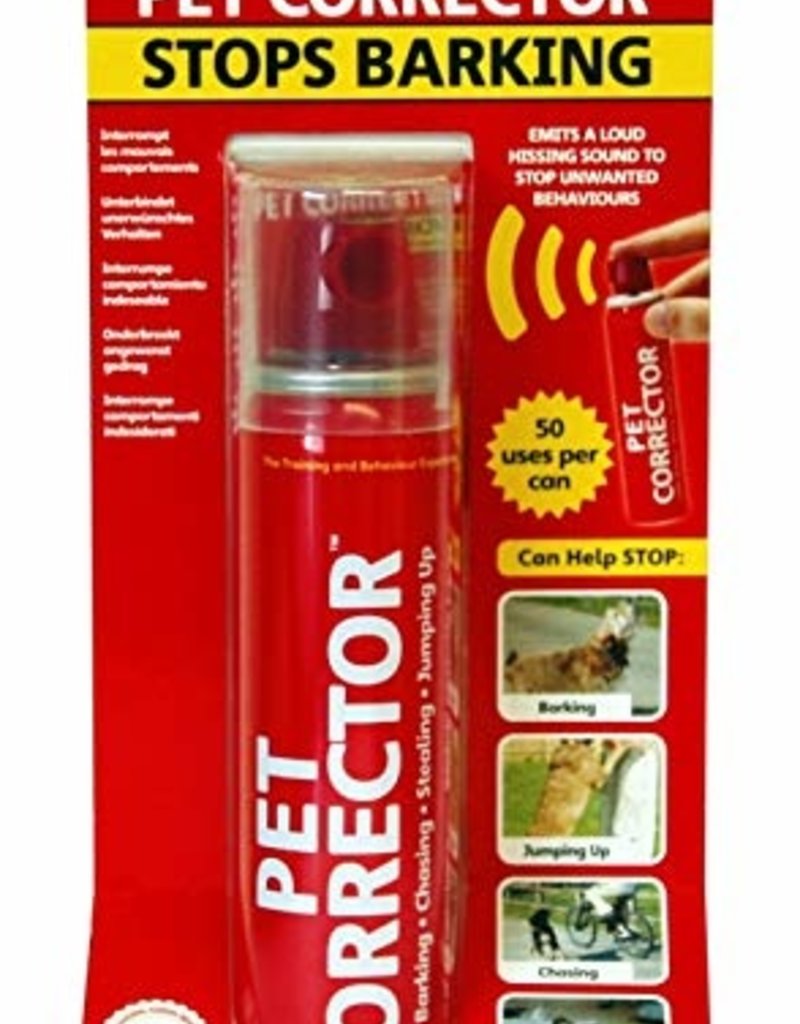 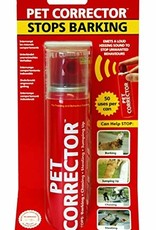 The Pet Corrector™ emits a hiss of compressed gas which produces a broad spectrum sound (white noise) varying from a low-frequency rumble to a high-frequency hiss to interrupt a dog’s unwanted behaviour.

The overall effect is to grab the attention of a dog.  Dogs exhibit a wide range of reactions according to their hearing sensitivity and prior conditioning. Nevertheless, almost all dogs initially react to the Pet Corrector because the sound is genetically programmed to be associated with danger, such as from the hiss of a snake, an angry swan or the buzz of a dangerous insect.